If you’re a golfer, then you probably spend a lot of time sizing up your shots. In fact, in the sport of golf, more time is spent walking to your ball and lining it up than it is actually hitting it into the hole. In the old days, if you wanted to estimate the distance you had to go, you would use landmarks to come up with an educated guess and hope for the best.

These days, with technology advancing at such incredible speeds, you no longer have to rely on arcane tactics to shave strokes off of your game. Now you can depend on a device called a Rangefinder to do the heavy lifting for you. All you have to do now is know which club to use and pay attention to the wind.

As far as rangefinders go, there are several major brands out there that make a quality product. However, none are quite as powerful and accurate as Nikon. For that reason, I’ve compiled a list of the five best Nikon Rangefinders that you can find on the market today. If you want to improve your game, then check out what these devices have to offer.

How To Choose The Right Nikon Golf Rangefinder

Although rangefinders are incredibly simple devices that only require you to point and shoot, there are some key features that you have to look at to make sure that you’re getting the best. Even though they all work in the same way, higher end models give you some added features that can come in handy. Here is what you should be looking at when choosing a rangefinder.

This aspect is right in the name, meaning that it’s pretty significant. The first and foremost thing that you want to look for is how far the device can accurately measure so that you know whether or not it will be helpful to you. For the most part, rangefinders have a visual range of up to 800 yards, with most of them falling between 500 and 700. What you also want to check out is the minimum range, as that will help you determine whether it will be useful for your short game as well.

While the range is critical, the most crucial component of rangefinders is how accurate they are. Most lower end models will give you estimates that have a margin of error of about five yards, while more powerful devices can reduce that number to about two. Additionally, you want to look at the incremental value that the rangefinder gives you. For example, it may show the distance in one-yard increments, or it may even be half a yard. The more precise the measurement, the more accurate you can be.

For the most part, rangefinders are designed to work like a monocular, which means that it sits vertically and forces you to look through a single hole. Some models, however, have a horizontal design which resembles binoculars, even if there is still only one eye relief. Personally, I find that horizontal rangefinders are easier to use, but unfortunately, they are relatively rare.

The other design feature that you should look at is the size. Some of these devices are incredibly small, which means that they are easy to carry but can be much more fragile, especially if dropped. With that in mind, be sure to pick out a device that feels comfortable in your hand. Ideally, get one with a strap as well, so you don’t risk losing it.

As you approach the hole, you will want to track and target the flag. Most rangefinders allow you to mark multiple targets, but only higher end models will allow you to pick which one you want to focus on. For example, if the flag is sitting in front of some trees,

then a cheaper rangefinder may automatically target the trees instead of the flag. Conversely, if the hole is behind some trees, then higher end models will allow you to pick the furthest target, thus showing you the distance even if it is slightly obstructed.

One important thing to know about rangefinders is that most of them are legal in tournaments. However, not all of them are, because some models give you a more detailed assessment and readout based on the terrain.

Incline tracking means that the device will automatically tell you the actual distance to target, even if it is at the top or bottom of a hill. Other rangefinders will only give you the direct distance, which means that you have to compensate for any change in elevation yourself.

Unfortunately, as helpful as they are, rangefinders that track inclines are banned from tournaments, so if you like to compete, you probably don’t want to get used to having that kind of data. If you only play for yourself, however, this feature can be incredibly useful.

To make things easy for everyone, I will be listing out these rangefinders based on how many features they have. Thus, to start, we will be looking at the 8397 ACULON, which is the most basic model that Nikon offers. If you want something small and incredibly simple, then this is the rangefinder for you.

When it comes to finding your target, the ACULON has a standard method of tracking. It will automatically show you the furthest object from you, which means that if you are hunting down the flag, you have to be sure that there is nothing behind it. In most cases, this shouldn’t be too much of a problem, but if

there are trees behind it, then you may not get an accurate reading.

The range for this device is up to 550 yards, which should be more than enough to measure your shot. Even if you aren’t close to the hole, you can still figure out the best way to get there without going over par. Additionally, the ACULON gives readouts in one-yard measurements so that you can get precise results every time.

One thing that I like about this rangefinder is that it automatically saves battery life when not in use, and the screen has crosshairs on it so you can find your target much easier. Also, as with most Nikon products, the ACULON is weatherproof, so you can bring it with you no matter what the weather is like.

Our next stop is the Coolshot 20. Being a step above the ACULON, this rangefinder has a few extra features that make it stand out from the crowd. If you are still looking for something simple but want to have more control over your shot, then the Coolshot 20 is the way to go.

When it comes to finding your target, this device has a range between six and 550 yards. That should be more than enough for most golfers, as you can measure your shot until you get to the hole. When you do arrive at the flag, the 20 allows you to pick your target, meaning that you don’t have to worry about it automatically choosing a tree instead of the flag.

What’s cool about this rangefinder is that it has a compact yet ergonomic design. Also, it is water resistant and weatherproof so that you can bring it with you no matter what it’s like outside. It even comes with a carrying strap so that you don’t have to worry about dropping it. Finally, what I like about this product is that it is tournament legal so you can keep it with you when competing.

Moving on down the list, we now have the Coolshot 40. As you can guess, this model has some added features that you won’t find on the 20, meaning that if you are in the market for a rangefinder with some extra bonuses and more power, then this is a good one to choose.

The first thing that you will notice is that the 40 is a bit bigger than the other models. Personally, I like a larger device because it is much easier to hold and keep steady. The range on this model is also superb, allowing you to measure up to 650 yards away accurately. Not only that, but the readout is in half yards, meaning that you can be extra precise when lining up your shot.

The other thing that I like about this particular model is that it magnifies the image for you. That means that if you are searching for a target that is at the end of the device’s range, you can still see it clearly and don’t have to squint to pick out the flag. Like the 20, this rangefinder gives you the option to select your target, although it won’t allow you to mark the flag if it is behind an obstruction.

Next, we have the Coolshot 40i. This model is almost identical to the 40, although it does have one major bonus feature that gives it a bit of an edge. The downside is that this device is not tournament legal, but if you don’t care about that then you can get a lot out of this rangefinder.

Like the 40, this model gives you a visual range of up to 650 yards. The readout is also in half yards meaning that you can precisely measure the distance to your next target. What I like about the 40i is that it gives you the option to pick targets that are closer or further away, meaning that no matter where the flag is you should be able to mark it without any hassle.

The biggest difference between this model and the 40, however, is that the 40i has Nikon’s ID technology which detects and adjusts the readout based on the slope. That means that you can get a more accurate reading and you will know how to correct your shot so that it won’t roll back. If you don’t compete in tournaments, I highly recommend using this feature.

Our final rangefinder is the Coolshot AS. When comparing this model to the 40i, there are not a whole lot of differences between the two. The AS has a range of 650 yards, it measures in half-yard increments, and it also tracks the slope of the terrain for you. The biggest change is that the image is a bit clearer and the eye relief is more comfortable. Also, the design is slightly different so that it’s easier to hold for long periods.

As with all Nikon Rangefinders, the AS is water resistant and fully weatherproof so that you don’t have to worry about a little rain while you’re out on the course. Also, it comes with Nikon’s standard two-year warranty, meaning that you know it’s built to last.

When looking at all of these rangefinders, I would have to say that my top two picks would be the 40 or the 40i. Depending on if you compete in tournaments I would say that the 40i has better options, but if you need something that is legal in competition then go with the 40 model. Although the lower end models are a bit more cost effective, I find that the Nikon Co﻿﻿olshot﻿﻿ 40 has the best performance overall.

Hi This Is Jennifer Collins, a home blogger, and lover of golf. I have built my website around my passion for golf, so that fellow golf lovers will enjoy the content and also find it interesting and useful. My life-long pursuit of the sport has given me in-depth experience in writing about golfing. Follow my blog for tips to improve your golfing game information about the season's hottest golfing products. 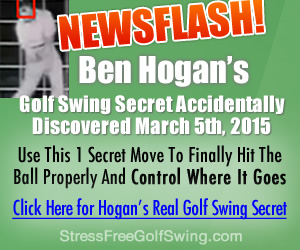